The Dutch Holocaust Memorial of Names will be designed by the American architect of Polish-Jewish descent Daniel Libeskind (Lodz, 1946). In New York, Libeskind said he was ‘honoured’ with the invitation to design a Holocaust memorial for the Netherlands.

The son of Holocaust survivors, Libeskind emigrated with his family to America in 1964. He achieved renown as an architect with his designs for the Jewish Museum in Berlin and the master plan for the reconstruction of the site of the World Trade Center in New York. In May 2013 Libeskind was also appointed architect of a Holocaust memorial in Columbus, the capital of the American state of Ohio.

Libeskind’s studio has designed various museums and other cultural and public buildings all over the world. Libeskind himself has also held many academic positions, and he was the first holder of the Frank O. Gehry Chair at the University of Toronto. Among the numerous awards he has received is the Hiroshima Art Prize (2001) for artists who propagate international peace and understanding through their work. It was the first time the prize was awarded to an architect.

In 2011 Libeskind delivered the eighth Auschwitz Never Again Lecture in Amsterdam, and on that occasion he also received the Annetje Fels-Kupferschmidt Award, presented annually to an individual or organization for the exceptional way it has realized the goals of the Dutch Auschwitz Committee. 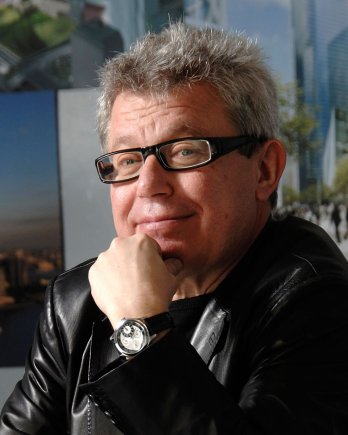