The Dutch Holocaust Memorial of Names will show the names of all 102,000 Dutch Holocaust victims, including those who were murdered in camps other than Auschwitz. This will finally provide the Netherlands with a memorial where all the Dutch victims of Nazi terror can be commemorated. 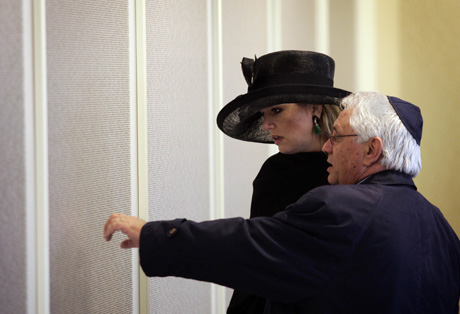 The chairman of the Dutch Auschwitz Comité, Jacques Grishaver, and the then Princess Maxima at the Wall of Names in the Dutch Pavilion in Auschwitz (2005).