The construction of the Dutch Holocaust Memorial of Names will be financed in part by the adoption of names. Individuals, companies and organizations in the Netherlands and elsewhere can contribute to the realization of this special memorial by adopting one or more names.

To confirm their adoption, contributors receive a certificate with the adopted names. The certificates are printed in batches of a thousand at a time. Jacques Grishaver, chairman of the Dutch Auschwitz Committee and initiator of the Dutch Holocaust Memorial of Names, was presented with the first certificate at the printing office Drukkerij Peters in Diemen, 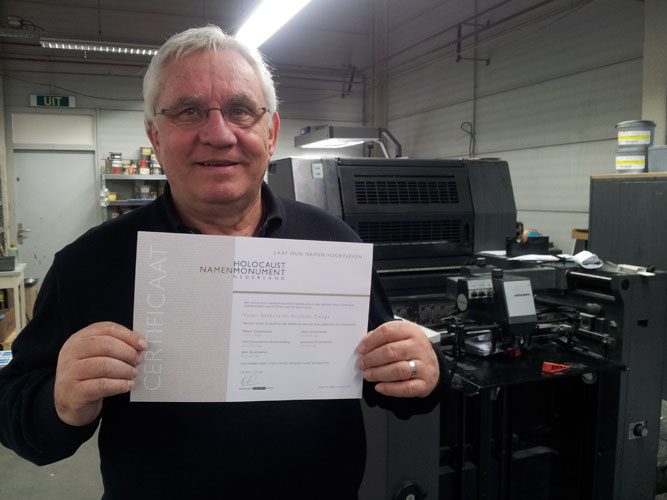