‘Waiting any longer is not an option. I want that the names of the over 102,000 Dutch victims of concentration camps are there, forever to be read. By older people, younger people, future generations. The last remaining survivors of the gas chambers, of the gallows, of the bullets and of the sticks are dying out. They must know that the dead live on in our memories.’

That’s according to Jacques Grishaver, chairman of the Dutch Auschwitz Committee and the man behind the initiative to build the Holocaust Memorial of Names in a full-page article in De Telegraaf today. Grishaver says it’s embarrassing that the Netherlands is one of the few countries occupied during wartime still without a national Holocaust memorial.

‘It’s a national disgrace, because nowhere else in Europe did such a small percentage of Jews return from the camps. But our governments hadn’t any money for a memorial, and still don’t. Hence this project, our final offensive,’ says Grishaver.

The Holocaust Memorial of Names will be there for all Dutch people, Grishaver explains. An easily accessible place of remembrance where people should be able to touch the names with their fingers, caress them. 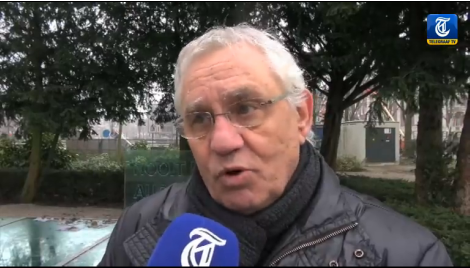