Other memorials of names

Almost all European countries have memorials that commemorate fallen soldiers and other victims of World War I and II. Memorials of names have been dedicated specifically to Holocaust victims in several countries.

The Mémorial de la Shoah was erected in Paris in 2005. This wall bears the names of 76,000 Jews, including 11,000 children, who were deported from France. 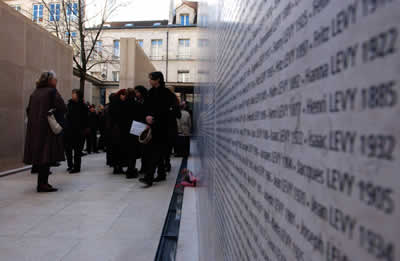 Memorial of names in the Mémorial de la Shoah in Paris 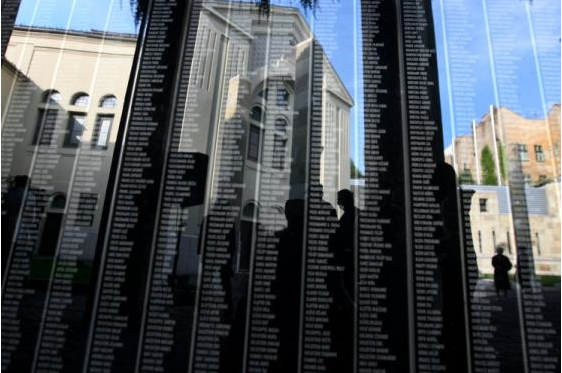 A wall of names erected by the Dutch Auschwitz Committee at the Dutch pavilion at Auschwitz concentration and extermination camp bears the names of the 57,000 Dutch Jews murdered at the camp. 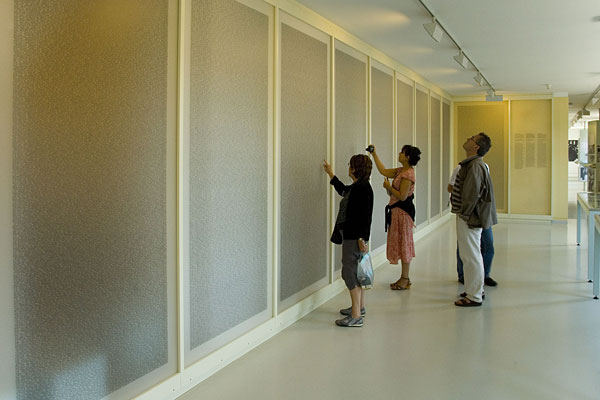 Wall of names in the Dutch pavillion in Auschwitz (photo:Joost Guntenaar)

All these memorials mean so much to survivors, relatives, family members and friends for whom these names constitute the only tangible connection with their murdered loved ones. The names are a lasting memory of the horrors they suffered and serve as a constant reminder of the consequences of racism, discrimination and war.