About the National Holocaust Names Memorial

General information
More than 75 years after World War II, a memorial dedicated to the over 102,000 Dutch victims of the Holocaust will finally be unveiled. A memorial containing the names of all Dutch Holocaust victims without a grave. Jews, Sinti and Roma who were persecuted and deported from the Netherlands, and Dutch Jews who were deported from other countries, all murdered in Nazi concentration and extermination camps, as well as those who died of hunger or exhaustion during transport and death marches and of whom no grave is known to exist. The Netherlands will at last acquire a tangible memorial where 102,000 Jews and 220 Sinti and Roma can be remembered, both individually and collectively.

This is the first memorial in the Netherlands that lists each individual victim of the Holocaust by name. 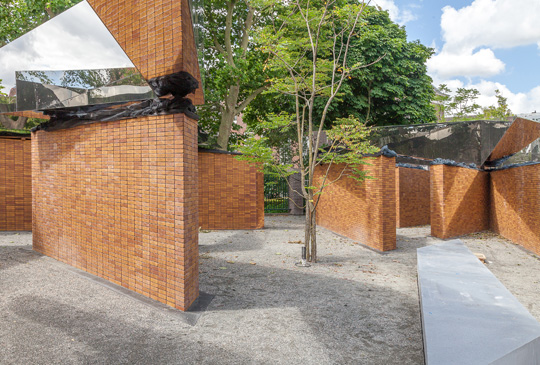 “For the bereaved, it is of inestimable value to have a place where they can remember their loved ones. It means that the names of Holocaust victims will not be forgotten. Moreover, the memorial forms a trait d’union between past, present and – importantly – future.”
“Remembrance is not only for those who lived through the war but also for those who did not experience it – the children and grandchildren and following generations. In addition, the memorial raises historical awareness of where wars can lead, while also encouraging people to reflect on and learn from World War II,” explains Jacques Grishaver, chairman of the Dutch Auschwitz Committee.

Mass extermination
Between 1933 and 1945, an estimated 6.6 million Jews and hundreds of thousands of Sinti and Roma were murdered by the Nazis. Of the 140,000 Jews who lived in the Netherlands in 1940, 102,000 did not survive the war.
Not all Jews were murdered in the gas chambers at extermination camps such as Auschwitz-Birkenau, Treblinka, Belzec, Majdanek, Chelmno and Sobibor. Many died in mass executions or from illness, hunger, exhaustion or slave labour. The Holocaust Names Memorial remembers all these victims.

Weesperstraat
The Weesperstraat site is located close to Jonas Daniël Meijerplein in the eastern centre of Amsterdam, on the edge of the Plantage and Weesper district. The history of this district is closely intertwined with the history of Jewry in Amsterdam. Located within walking distance of the site are a number of memorials and notable buildings that, each in its own way, illuminate aspects of Jewish history. Before World War II, almost all residents of Weesperstraat were Jewish.

Designed by world-famous architect Daniel Libeskind
The memorial comprises four Hebrew characters that spell the word that translates as ‘In Memory Of’. As visitors enter the memorial they encounter a labyrinth of passages articulated on both sides by two-metre-high brick walls carrying the message of remembrance. 102,000 bricks will each be inscribed with a name, date of birth and age at death, in such a way that the victims’ names can be touched. The walls bearing the names support four volumes crafted in mirror-finished stainless steel.
Brick, a ubiquitous building material in the Netherlands and cities of Western Europe, paired with the highly reflective and geometric forms of the steel letters reference the connection between Amsterdam’s past and present.
At the intersection of the brick and metallic forms is a narrow void that creates the illusion that the steel letters are hovering above, representing an interruption in the history and culture of the Dutch people. 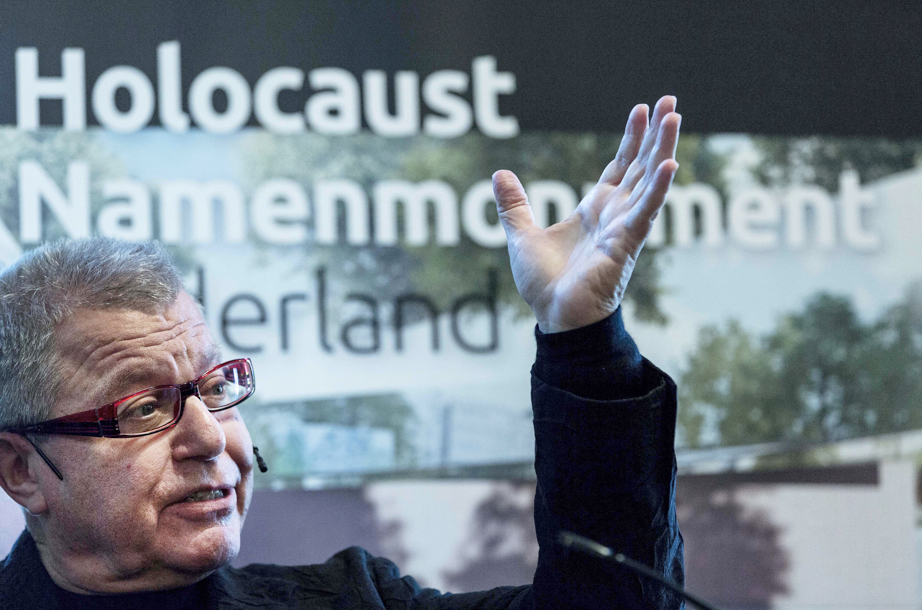 Daniel Libeskind, designer of the Holocaust Names Memorial
The memorial was designed by the Polish-American architect Daniel Libeskind. Born in Lodz in 1946, Libeskind is the son of Holocaust survivors. In 1964 he emigrated with his family to America. As an architect, Libeskind is best known for his design of the Jewish Museum in Berlin and the master plan for the reconstruction of the World Trade Center in New York. In May 2013 Libeskind was also selected as the architect of a Holocaust memorial in Columbus, the capital of the American state of Ohio.

Libeskind’s studio has designed many museums and other cultural and public buildings across the globe. Libeskind has also held numerous Chairs. He was the first holder of the Frank O. Gehry Chair at the University of Toronto. The long list of prizes he has to his name includes the Hiroshima Art Prize (2001) for artists who propagate international peace and understanding through their work. The prize had not previously been awarded to an architect.
In 2011 Libeskind delivered the eighth Auschwitz Never Again Lecture in Amsterdam, where he was also presented with the Annetje Fels Kupferschmidt Award. This is awarded annually to an individual or organization that has made a special contribution to realizing the goals of the Netherlands Auschwitz Committee.
www.libeskind.com

Rijnboutt
The Netherlands Auschwitz Committee selected Rijnboutt Architects as the coordinating and executive architect for the National Holocaust Names Memorial. With its knowledge of local construction practice, it supported Studio Libeskind by detailing its wonderful design in compliance with Dutch laws and regulations. Practical aspects of the construction process were also tackled in close consultation with Studio Libeskind, which retained responsibility for aesthetic supervision. Rijnboutt was also appointed for the landscape design, including the drainage, choice of vegetation and transition to public space.
www.rijnboutt.nl

Koninklijke Woudenberg
After an extensive selection process, the Netherlands Auschwitz Committee selected Koninklijke Woudenberg as building contractor. Founded in 1799, the firm is specialized in restoration, renovation, redevelopment and maintenance projects. Its great affinity with heritage and its professionalism made it the ideal partner for this exceptional project.
https://www.koninklijkewoudenberg.nl/project-overzicht/

The National Holocaust Names Memorial has been made possible with the help of and contributions from a large number of private donors, who have adopted thousands of names. All of them helped lay the foundation – for that we are very grateful to all of them.

The following municipalities contributed by symbolically adopting their deported and murdered inhabitants:

In addition to these municipalities, the Province of Drenthe made a significant donation to the construction.
The companies, institutions and funds listed here all made the Names Memorial possible with their donations. In alphabetical order:

as well as a number of organizations that prefer not to be mentioned by name.

The app/mini website for visitors to the memorial was created by Moyosa Media and made entirely possible thanks to a contribution from the Kremer family. 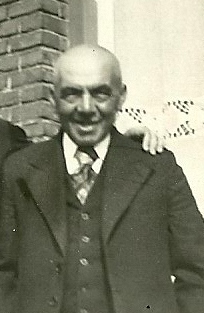 Salomon Walvis from Amsterdam, salesman, reached the age of 75.