My father, Maarten Lefor and his brother Arnold were born in Amsterdam and lived on Prins Hendriklaan. In 1938, given the terrible situation for Jews living in Germany, my grandfather (a banker at H. Albert du bary on Heerengracht who emigrated to Amsterdam in 1920) invited his 16 family members to live in Amsterdam and made sure that they all had a livelihood. 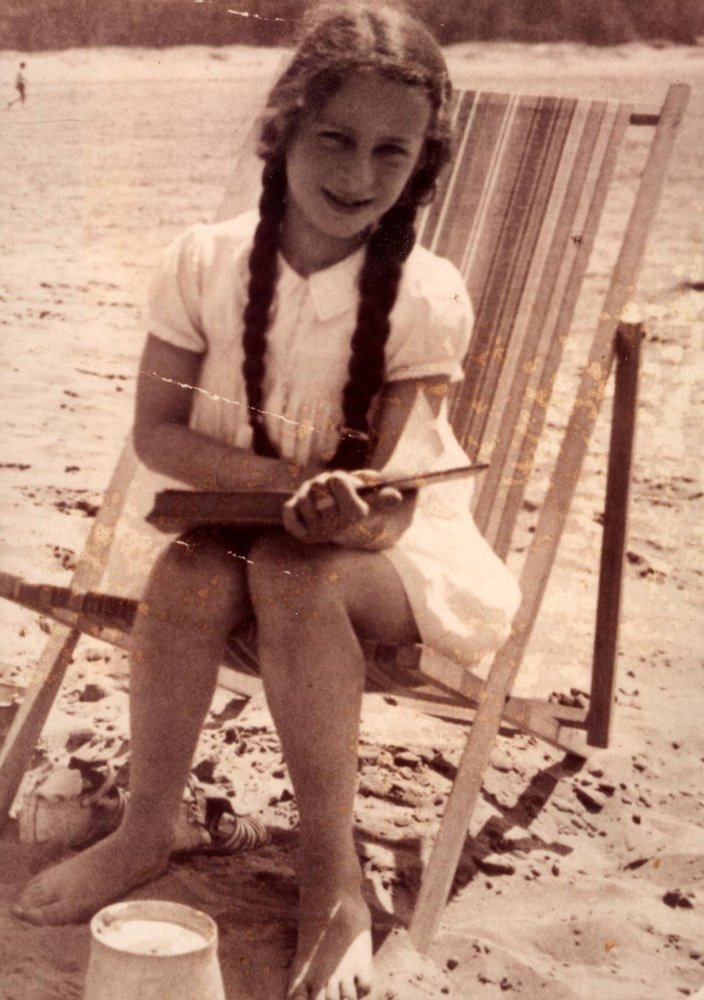 My father’s cousin Irmgard Kohlmann, murdered at Auschwitz at age 16

In December 1940 my father and his immediate family (all Dutch citizens) were able to leave and moved to New York City (via Cuba) where I was born. The family members were all German citizens and could not leave. They were all deported and murdered, including my father’s cousin Irmgard Kohlmann whose name I adopted for the memorial, murdered at Auschwitz at age 16.