Fredi was my girlhood friend. She was about 3 years older than I was, but our parents were friends, and both of us were only children.

On Wednesday afternoons, if we had no school, we would often go with our mothers to the V&D department store for lemonade and ice cream.
Fredi always skipped and jumped ahead, hopping along the pavement slabs, two-one, two-one, with her jacket flapping about her. 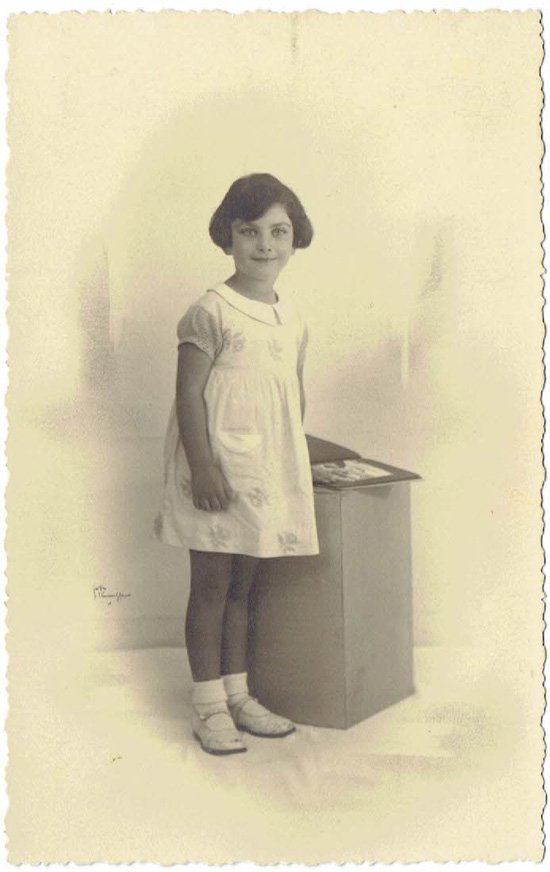 We went to the same school. After the break we all lined up in rows to go back inside. After passing through the front door my row turned right, but Fredi's row (the big children from Class 3 and upwards) turned left, disappeared around the corner and climbed up the stairs. Her jacket was still flapping around her, because she never closed it.

Sometimes children disappeared from my class all of a sudden. We knew there was a war on and that terrible and dangerous things were happening. But we didn’t know exactly what...

Fredi and her parents went into hiding on a farm just outside Nijmegen, but someone gave them away. (What sort of people would do a thing like that?)

Fredi's father had a number of furniture stores in Nijmegen and was a client at the bank where my father worked. We lived above the bank, and my father could get into the whole building any time of the day or night. So he managed to hide the papers belonging to Fredi's father in the old archive in the attic (and change the hiding spot every week) so that they were never discovered by the Germans.
After the war, with some help from the Red Cross, my father managed to get in touch with a brother of Fredi's mother, who had emigrated to America before the war. And thus the assets belonging to Fredi's parents could be transferred to the legitimate heirs.
In gratitude, the brother, by then married to a delightful American lady, offered to fund a year’s study for me at an American college.

Only later did I realize very clearly that, with all the fantastic things I enjoyed that year, I had actually taken the place of Fredi. That thought will stay with me forever.