The alias used by this young Jewish boy was Robbie Rietmeijer, but his hair and eyebrows were not bleached, because he was an albino.
His real name was Samuel Groenteman, born on 30 December 1937 in Amsterdam. He was the son of Michiel Groenteman and Rachel Groenteman-Mozes. 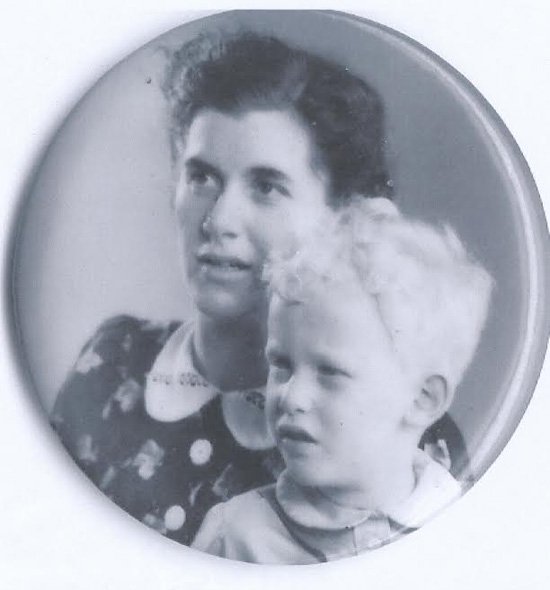 His mother died a natural death in Amsterdam in 1942. His father (Michiel) and Robbie/Samuel went into hiding.
The father ended up with the Lebbink family in Doetinchem, and Robbie/Samuel with the Groot-Nibbelink family on Landstraat in Halle. They survived in hiding until 15 Augustus 1944 when the father was arrested in Doetinchem for treason.
Most likely the information was beaten out of somebody, because Robbie/Samuel was arrested at the Groot-Nibbelink home the very same day.
Both father and son arrived at Westerbork transit camp on 16 August 1944. The father was put in barracks 67 and the son in barracks 35.
They were deported to Auschwitz-Birkenau on 3 September 1944. Samuel/Robbie was murdered as soon as he arrived there on 6 September 1944.
His father survived longer, but died on 15 March 1945 somewhere in the middle of Europe from the hardships endured on the long journeys undertaken by prisoners on foot after the war ended.