A Monument with Names

The Dutch Auschwitz Committee recently started a campaign to build a monument for all 102,000 Dutch Jews that perished during the Second World Ear, listing all of their names.  The website in Dutch and English can be found here.  More importantly you can help build it by adopting the name of one victim for 50 Euros all with the goal of reaching the 5 million Euros necessary to build the Monument with Names.

This initiative – driven in particular by the chair of the Dutch Auschwitz Committee, Jacques Grishaver – is worthwhile on many levels and there are a number of things that struck me about it. Firstly, we are close to the seventy year mark of the end of the war and the generation that consciously lived through it, survived it, is disappearing.  My own father, passed away last year and his formative years as a teenager were spent in war torn Europe where he had to hide during the last year of the war.  With the passing of that generation, the first person accounts will die and it will be up to newer generations to ensure that the memory of what in my mind was the most gruesome crime against humanity ever perpetrated, stays alive.

From that perspective the internet is a saving grace.  Not only is it a platform where many memories can be shared, it is remarkable how many stories and accounts have now found a home.  Yad Vashem has a formidable website and Youtube channel with witness accounts and in The Netherlands a digital record of all murdered Jews can be found online here.  I often visit it, to read some of the backstories or just to take in a few names and reflect on the individuals and families that perished, often together on the same day after a grueling journey in cattle wagons through the heart of Europe. 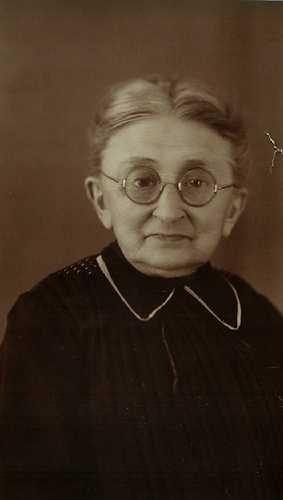 The sad story of a woman from the town of Brielle, Jannetje Philipse-van Buren, who was deported to Sobibor at age 97 to die there on the same day of arrival is one that I came across while browsing the list of names. You read it, reflect on it and for some reason that person stays with you for a little while.  You picture it and you try to understand how something like that could have happened and why in this case someone of that age from an innocent place like the town of Brielle could end up in a train to Sobibor. Some seventy years after the fact a total stranger in the digital age picks up the life of someone murdered in the holocaust and brings him or her back to life.

And therein I think lies the importance of building a Monument with Names in the city of Amsterdam. It does the one thing we can do and the one thing that those murdered can possibly ask of us.  And that is to not ever forget and keep them, in whatever form, alive. A digital monument is one format, but I do think that The Netherlands and the city of Amsterdam in particular after all these years, owe it to the 102,000 Jews to give them a monument where each and every victim is named and properly remembered.

My contribution adopted  Salomon Turfreijer who together with his wife Jansje and son Hijman was murdered in Sobibor on 16 April 1943, his daughter Rosina died in September 1944 in Auschwitz. I did not just contribute 50 Euros to a name, no, somehow Salomon Turfreijer came back to life together with his family.  Their stories, with probably no witnesses still alive or photos, somehow became visible to the world. By building a monument for the 101,996 others we contribute to an experience of remembering that will ensure that all of these victims have a name and voice for many generations to come.

Their memories should never be lost, the struggle against the debased theories and hatred that ended their lives is a task that continues relentlessly and we all should contribute to that.  Regardless of whether you are Jewish or Dutch you can- and should - adopt a name and contribute here.