On this website, you asked what is my connection to the Holocaust. Like many people, my connection is personal. My maternal grandfather was: Adolf Leon (Leo) Weidman. Born 18-Aug-1895 in Stanislawow, which today is Ivano-Frankivsk, Ukraine. He died on or before 3-Feb-1943 at Auschwitz. 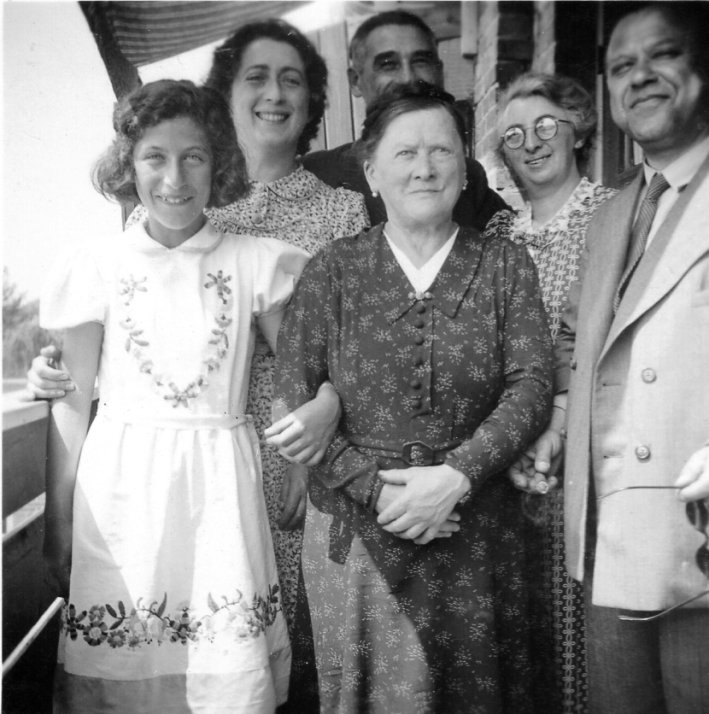 Growing up, I was aware of parts of my mother's story, and that my grandfather was murdered at Auschwitz. But my mother did not talk about this period of her life very often. But she did tell me some of their story, and she did write down parts of her story. I wish I knew more, and I wish my mother was able to remember more.

According to my mother, who was Adolf Leon's daughter, her father went by the name Leo, and often signed documents A. Leo. Leo generally spelled his last name Weidmann, but his wife and a few family members spelled it Weidman.

Here is the story of Leo as told to me by my mother Erica, Leo's daughter.

Leo's family moved from Stanislawow to Vienna when he was a young boy. He served in the German army in WWI. After WWI, he went to University in Vienna and earned an Engineering degree.
Leo married Annussia Halperson in Vienna in Feb 1919 before moving to the Netherlands where he was offered a position in a company in Delft. This company was either Spoorijzer, where he worked for years, or a predecessor company. At Leo's new job, the company wanted him to open a branch in Indonesia (a territory of the Netherlands at the time). Leo and Annussia lived for a few years in Indonesia before returning and settling in Delft. Leo would become a senior manager or partner in the Spoorijzer company.
Leo and Annussia had 3 children, Gerard (1922 - c.2012), Fred (1924 - 1992) and Erica (1927 -). All were born in Den Haag. Erica is still living in the USA. She is almost 95 years old, and unfortunately her memory is not so good any more.
Erica fondly remembers that Leo took the family to the beach in Scheveningen often during the summers from the 1920’s - until the early 1940's. They would spend time there with friends and family. Leo was a very formal person and would wear his suit and tie even at the beach. Casual for him would be to take off his shoes and socks at the beach.

Leo was arrested on 12-Sep-1942. Erica was 15 years old at the time, and she was the one who opened the door and directed the police to her father’s office. That would be the last time Erica saw her father. That had always weighed heavily in Erica’s mind.
Erica and her mother Annussia were able to get into hiding in Arnhem and then Noordeloos and survived the war.

Thank you so much for remembering my grandfather and the others taken and murdered in the Holocaust. And thank you for the Holocaust Names Memorial. The next time I visit Amsterdam, I will visit this Memorial.
As I get older, remembering this terrible history becomes more important. I share what I know from my family because we must never forget, lest history will repeat itself. While my grandfather was taken and murdered, my mother survived, and because of some courageous people in Arnhem and Noordeloos I am here and can share what I know of my grandfather.

----------------
Everyone can support the Dutch Holocaust Memorial of Names. Please find out what way of donating suits you the best.
Contribute >>